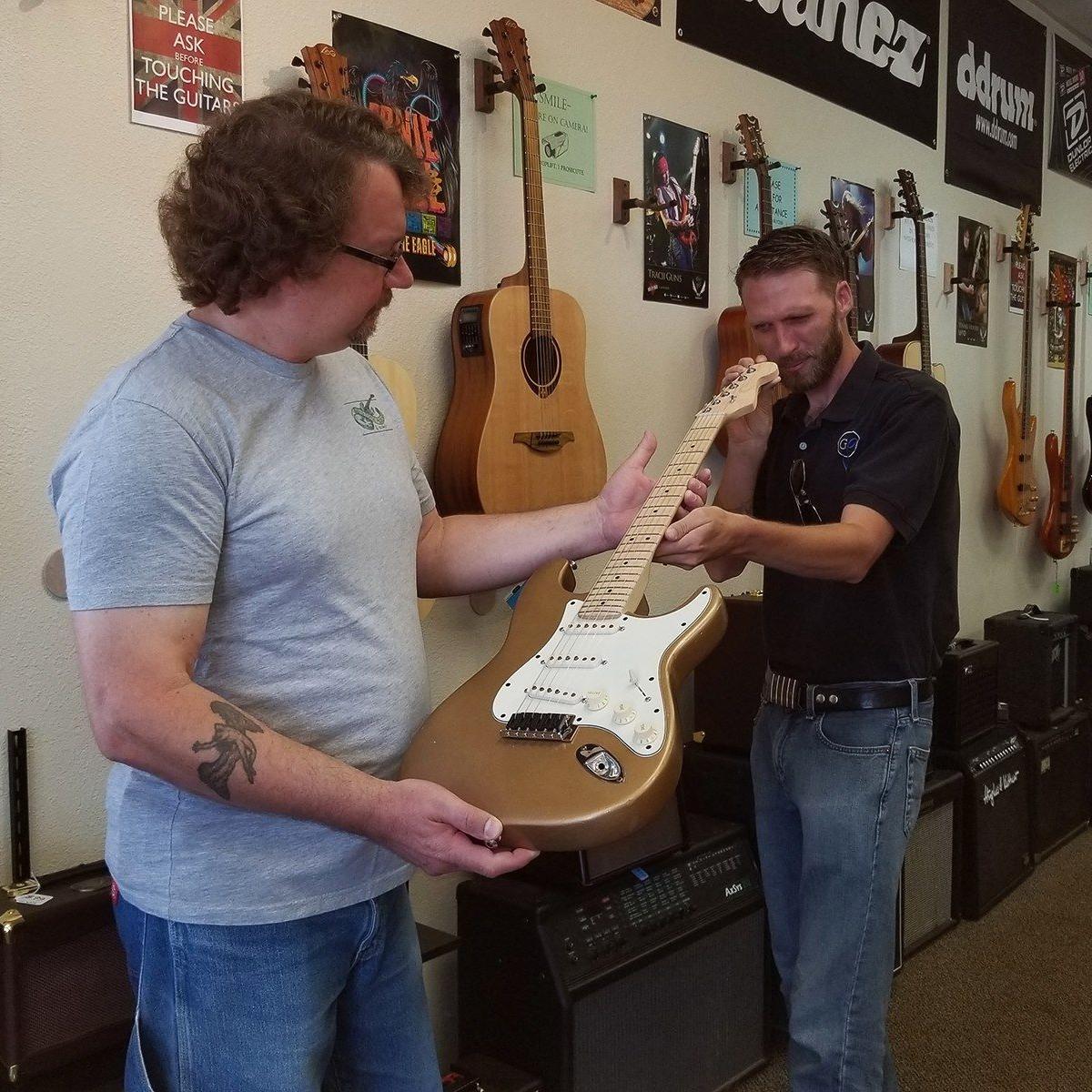 A guitar can buzz or rattle for many reasons. A large number of repairs that come into my shop are due to complaints of buzzing or rattling when the instrument is played. When these kinds of complaints arise, I like to have the musician play for me and show me what they are hearing themselves before I attempt to examine the instrument. I do this for a few reasons. The first is that I want to eliminate one of the common causes of buzzing: poor playing technique. Any accomplished player can tell you that technique is a major influence on how your instrument will sound. A perfectly setup guitar can and will often buzz as a result of poor technique. Another reason that I have the player show me exactly what they are hearing is that often times, when a guitar comes in there is more wrong with it than the owner knows. This can include buzzes and rattles that they might not have noticed. I might hear another buzz when I sit down to do the repair that the owner of the guitar is unaware of. Also, my technique might differ from theirs, so I might not make the instrument buzz in the same way that they do when I play it. For all of these reasons, and more, I like have the owner of the instrument play me a few bars before they leave their instrument. That, and it’s nice to be serenaded from time to time!

After I eliminate the player factor the real chase begins. Normally, I will know right away if it is something as simple as low action. If the strings are too close to the fingerboard, there is almost always buzzing. This is one of the first things to look for. The causing factors of low action are numerous. They can range from a back bow in the neck to a low saddle or nut, and everything in between. Often times low action will emphasize uneven frets, and can even turn a buzz into a dead fret.

Next, I would tap along the instrument in search of loose parts. Any part of the guitar could potentially be loose and cause vibrations that would lead to an unwanted noise. The tuners are a likely culprit. Most of the time this would be as simple as tightening a screw or two. Another likely suspect would be the screws and saddles on a tune-o-matic style bridge. There are a bunch of different ways to fix this. Some people like to keep it from rattling using loctite, which is a threadlocking adhesive, but I prefer to be less permanent in repairs around areas that may require future adjustment. I’ve found that wax works nicely and keeps the bridge free to be adjusted at a future date. Also, bending the hold down spring to keep the intonation screws in place in very helpful. I have seen the repair done with springs, shims and washers. Of course, you could always replace/update it to a new solid bridge, as well.

A buzz could be caused by any number of a variety of reasons. It could be a loose brace, or a crack buzzing sympathetically in an acoustic instrument. A buzz can come from a laminate that has loose plies, and sometimes it is even a kink or deformity in the string itself that causes a buzz on one string in one specific fretted position. It is often difficult to know what is causing a buzz right away, but working as a team, a player and luthier can achieve great things, or at least setup a kick-ass buzz free guitar!

Unfortunately time marches on and we reach a point where we have jobs, bills, obligations, schedules, and responsibilities. The upside of that is getting to eat ice cream when we want, buy cool instruments, and the loved ones we gain along the way. Our spouses, friends, children, grandchildren, the list goes on and on. At no point in our journey should we lose track of the things we love, the things that make us happy, the things that define who we are. For many of us the love of music is something that took hold of us at a very early age, and will continue until we breath our last breath finding ourselves standing in the presence of our Lord. Music is our escape, our therapy, the heartbeat and soundtrack of our lives. So do yourself a favor and don't allow the hustle and bustle of this world, and the craziness of pretended we are adults now, get in the way of a love we have carried with us our entire lives. The love of music. 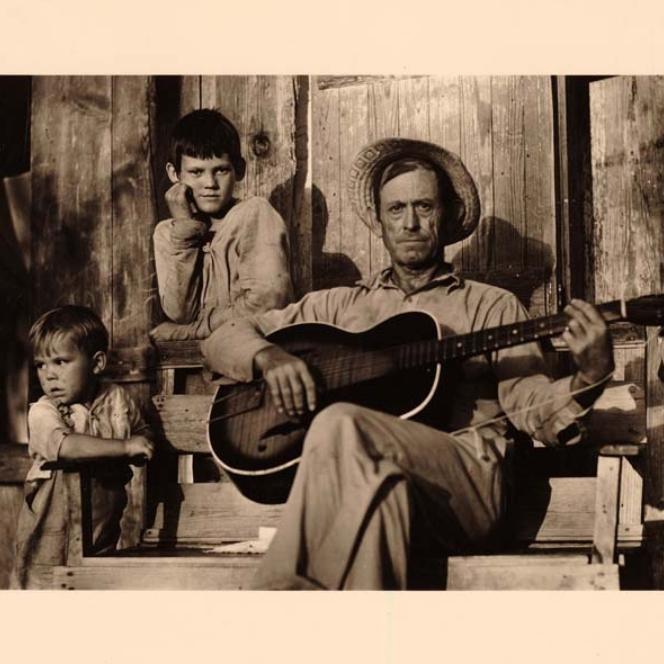 Summer is in full swing here in the rim country and we've even started getting some of those much needed, wonderful monsoon rains. It is the perfect time of year to grab a cup of coffee, tea, or your favorite refreshing beverage and sit on the porch playing some music.